Announcements and registration forms were mailed or emailed in early June.
If they missed you contact them. 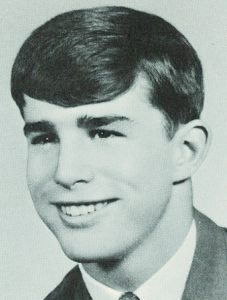 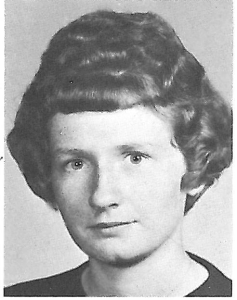 Kristine Mary Himebauch, beloved sister, aunt, and friend, passed away on February 22, 2018, in Riverside, CA surrounded by her loving family. She is survived by her sister, Jaqueline Bishop, numerous nieces and nephews, and her cat, Ginger. She is predeceased by her mother, Ursula Himebauch. She was born in Kalamazoo, Michigan on April 11, 1948, and lived all but the last few months of her life in Portage, Michigan. She graduated from Vicksburg High School in 1967 and spent her career in the United States Postal Service. She retired in 2003 as the Postmaster in Climax, Michigan. She had a love of animals and throughout her life provided a loving home to several cats and dogs, and donated to several animal rescue charities. At Kris’s request no services will be held.
Published in Kalamazoo Gazette on Apr. 10, 2018

Announcements and registration forms were mailed or emailed in early June.
If we missed you contact us. Jilek, Constance Jill 4/13/1949 – 1/30/2017 Kalamazoo Constance “Jill” Riddle Jilek died at home January 30, 2017, after a heroic battle with ovarian cancer. Jill was born on April 13, 1949, the first child of Jack Duane Riddle and Rosemary Alice (Cripps) Riddle in Vicksburg, Michigan, where she lived her entire childhood and teenage years. She graduated from Vicksburg High School in 1967, where she was the marching band majorette, a cheerleader, and an all-around popular student. Jill then attended and graduated from Central Michigan University. She majored in English and Journalism. While at CMU, she was a member of the Alpha Chi Omega sorority was elected by her sisters as President of the group. She was heavily involved in extracurricular activities at CMU. She chaired the Homecoming committee and participated in other student government causes. She was and remained a leader who people trusted to get things done well and completely. At CMU, Jill met James N. Jilek. The couple married on May 29, 1971 on a hot day at Stetson Chapel in Kalamazoo. Jill and Jim then moved to Utica, Michigan where Jill began her teaching career at Warren Mott High School. She was the yearbook coordinator and English teacher. In 1973, the couple moved to Vicksburg and Jill landed a job at Portage Northern High School as an English teacher. Jill taught at Portage Northern for over 30 years and was “THE” 10th grade honors English teacher. While working at Northern, Jill found time to obtain a Master’s Degree in reading from Western Michigan University as well as mothering her twin children, Jon and Jana. She had tremendous energy. Jill expected excellence from her students and usually got the most out of them. She worked hard at teaching students to write well, read well, and pay attention to detail; skills that served so many of them when they went on to higher education. A number of her students returned to Northern to tell Jill that her class helped them more than any other to do well at college. Jill was given the Significant Educator Award by three of her honor students; an award she had great pride in receiving. Jill retired from Portage Northern in 2004. After retirement she began another phase of her career as Yaya (grandmother), student teacher coordinator at Western Michigan University and volunteer supreme. She was active at Catholic Family Services, now Catholic Charities of Kalamazoo, and acted as Chairperson of the board of directors and received the VanDomelen Caring Network Volunteer Award by the charity. Jill became involved in the First Day Shoe Fund charity and went on to chair that board. Jill worked tirelessly for these charities betterment and truly believed in the causes. Jill belonged to the Kalamazoo Country Club and served on the Board of Governors, handling the swimming pool duties while on the Board. She also was Eucharistic Minister and sponsored several new Catholics at St. Monica Parish, again taking time to help others. Jill also volunteered at the Kalamazoo Public Schools as a tutor, using her educational skills to help children on a one-on-one basis. She also was involved in helping others with Juice Plus (nutritional supplements), spending more of her own money on people than she took in; helping others made her happy. The love of her life after retirement was babysitting and being with her six lovely grandchildren. She spent hours with each one, both as a group and as individuals. Each grandchild had the opportunity to be babysat by Yaya as they spent a day or two per week just having fun and playing games with her. She put the time into that joyful work. Jill had the ability to make the people in her life believe that she loved them the best of all. Jill liked to read endlessly, loved her book club that she initiated, enjoyed yoga, write in her diaries, bicycle, work out at the gym, do water aerobics, swim, golf, water ski and spend time kayaking, SUPping and enjoying her grandchildren, family and summertime friends at the family cottage on Gravel Lake in Lawton. She was a proficient athlete and has passed that trait on to her children and grandchildren. Jill is survived by her husband of 46 years, James N. Jilek of Kalamazoo, her son and daughter-in-law Jon and Carrie (Novak) Jilek of Kalamazoo, her daughter and son-in-law, Gordy Wolfe and Jana Jilek-Wolfe of Howell, six grandchildren: Caroline Constance Jilek, Charles Jonathan Jilek and Catherine Jane Jilek all of Kalamazoo, Ellie Rose Wolfe, Kennedy Elizabeth Wolfe and Berklee Constance Wolfe all of Howell. Also surviving are Jill’s mother Rosemary Holtzer, brothers and sisters-in-law, Steven W. Riddle of Battle Creek, Douglas E. (Kevin) Riddle and family of Houston, Texas and Mitchell T. (Michelle) Holtzer and family of Old Bridge, New Jersey, Aunt Shirley (Bert) Snyder of Colorado, as well as several nieces and nephews. Special thanks to Jill’s care givers at the West Michigan Cancer Center (Dr. Hoekstra and Dr. Caffrey and the wonderful nurses), Dr. Daniel Bozarth and Hospice Care of Southwest Michigan (especially Nurse Amy Haskins) for the kind treatment during Jill’s illness. A celebration of Jill’s life will be held on Friday, February 10, 2017, beginning with visitation for family and friends at 9:30am at St. Monica Church in Kalamazoo. The visitation will be followed by a Funeral Mass to begin at 10:30am Father Robert Consani and Father Lawrence Farrell con-celebrators. Following Mass, all are invited to a reception at the Kalamazoo County Club. Jill was a strong, determined, hard-working, intelligent and loving woman. Jill was a leader by example. She will be missed by all those whose life she has touched so deeply. In lieu of flowers consider donation to either: Catholic Charities Diocese of Kalamazoo or The First Day Shoe Fund. Please visit Jill’s personal web page at www.BetzlerFuneralHome.com, where you can archive a favorite memory or photo of her and sign her online guestbook. Arrangements by Betzler Life Story Funeral Homes, 6080 Stadium Drive; Kalamazoo (269-375-2900). She had a long battle with Fenal Free Cell Carcinoma cancer.She spent her last two weeks in the hospital in Mesa AZ and the last two days at Hospice in Gilbert AZ.

There is no obituary. There will be a memorial service in Brighton Mi when Harold returns with her ashes in May.

SAVE THE DATE – PDF of letter sent in December

Below is a list of classmates that we don’t have email addresses for. If you know any of them please use the contact form to let us know.

We hope you can make it to our 50 year Reunion. David Uplegger, age 66, of Plainwell, MI passed away Friday, January 29, 2016 at Borgess Hospital in Kalamazoo. He was born June 25, 1949 to Ethel Wise. He graduated from Vicksburg High School. David worked most of his years at Plainwell Paper on the docks and driving semi.